See SAIL 2020 Amsterdam From the water!

SAIL 2020 Amsterdam is the best when you see it from the water and of course is Amsterdam Boat Events there. With us you can enjoy all the Tallships which are in Amsterdam during Sail 2020. We will take care of the food and drinks if you make sure to book your tour in time! Book a awesome boat tour with Amsterdam Boat Events  to make sure you will not miss the event!

To make sure you have an amazing time there are different arrangements specially made for SAIL 2020. Do you want to sail during the event, ask for an open-ended quote!

Do you fancy a tour with your business relations? The boats of Amsterdam Boat Events are perfectly suited for this! Take a look here to see which boat best suits you! 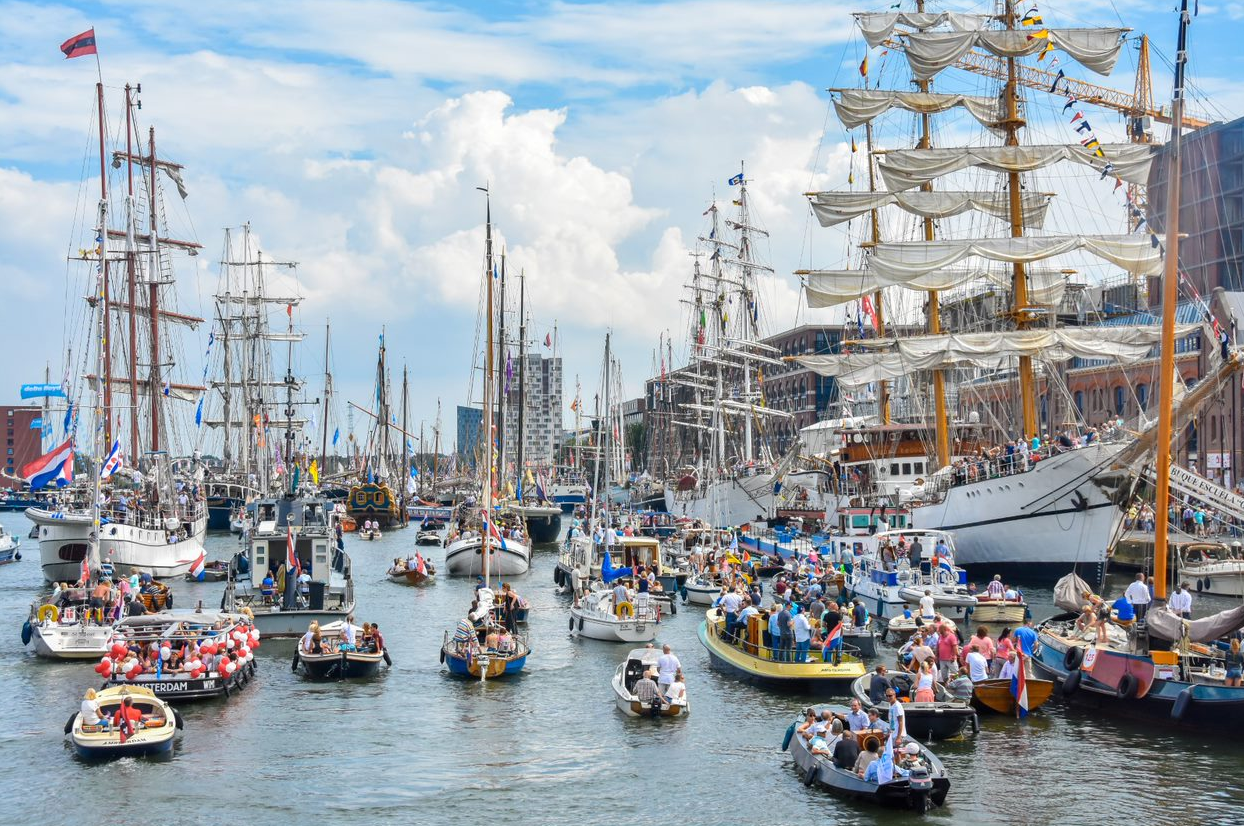 The event was organised for the first time in 1975 to celebrate the 700th anniversary of Amsterdam, under the name 'Sail Amsterdam 700'. At that time, interest in tall ships, which had sunk to a low since the 1930s when the last commercial tall ships had been built, was starting to rise.[citation needed] The success of Sail Amsterdam 700 led to the establishment of the Stichting Sail Amsterdam (SSA, Foundation Sail Amsterdam).

Sail is one of the largest maritime manifestations in the world, and the largest event of any kind in the Netherlands. Tens of tall ships and hundreds of other historical ships are involved. Numerous other ships and boats are present besides the participating ships, amounting to 8000 boats in the 2000 edition.

Lesser events take place during the festival, involving small sailboats, sailor choirs or re-enactments of naval battles. The Sail In or Parade of Sail on the first day attracts many other small ships, including creations like a sailing organ (with trumpet accompaniment) or a train converted to a ship. On the next to last day there is a naval pageant and on the last day the 'Sail Out'.