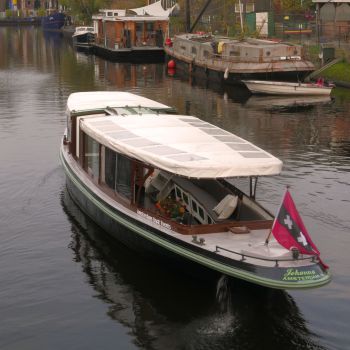 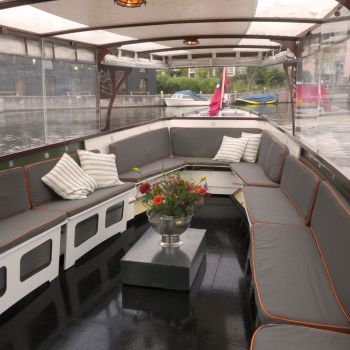 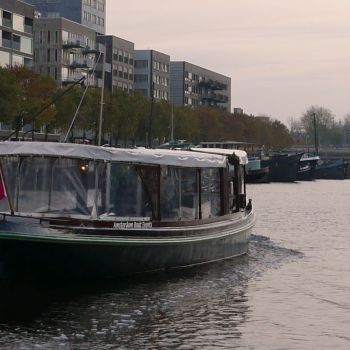 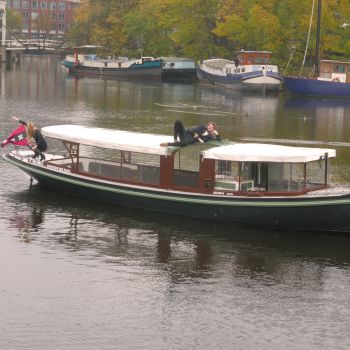 Convertible roof for any type of weather

The (largely) removable roof and windows make it possible to enjoy your sailing trip in the open air when the weather permits. Depending on the weather we can open or close the boat rapidly.

In winter an extra canvas is put over the top to keep the warmth inside. And if it gets really cold, we have a heating system that can be put into action.

The tables and seats can be flexibly employed for both a sitting dinner or a drinks and snacks trip with standing tables, or even a switch from one to the other during the trip.

The boat rental is € 202,- per hour (excl. VAT). This includes a captain and a sailing waiter/waitress.

The minimal sailing time is 2 hours.

For every event on the water a fee is due to the municipality of Amsterdam of € 0,66 per person.

Would you like more information or a quote? You can use the form on this site, but you can also contact us directly through +31 (0)20-4194141 or send an email to info@amsterdamboatevents.nl